Research Seminar on the Disruptive Art of Business 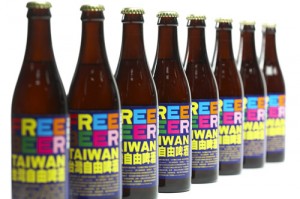 Last May 21st, I ran a seminar together with Geoff Cox on the intersections between art, business and activism, at Aarhus University.

The seminar, as part of the DARC, Digital Aesthetics Research Center meetings, addressed the new forms of business that emerge from the uses of social media and critical arts practices, models that offer new insights into exploitation and even new ways of creating value. Geoff and I opened  the discussion on how best to translate these topics  into future research projects (e.g. in collaboration with SNYK), while presenting a range of different concepts. The research seminar was scheduled for Friday the 21st of May, 10-12, Aarhus University.
The title “Disruptive Art of Business” derives from a paper I wrote for an upcoming book, as part of my PhD Research investigation on Networking 2.0 (read more about the meaning of disruptive technology here). Another of my articles on art, business and social hacking is published by Concept Store Journal nr.3 (Arnolfini Gallery, Bristol), and it is also online here.

Christian Marazzi, Capital and Language: From the New Economy to the War Economy, Semiotext(e) 2008.

Davenport and Beck’s The Attention Economy: Understanding the New Economy of Business (2001)

Pine and Gilmore’s  The Experience Economy (1999).

Other typical sources include: Tapscott & Williams’s Wikinomics (2006); Floridi’s The Rise of the Creative Class; Eric S. Raymond’s The Cathedral and the Bazaar; all those key texts that explore the new immaterial economy enthusiastically.