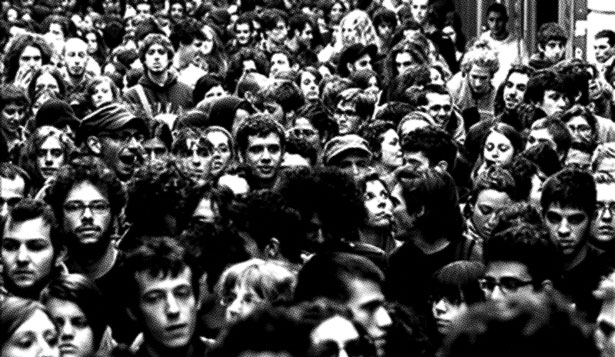 This conference-colloquium at the Humanistic Faculty, Aarhus University, will relate to the widespread use of the concepts event and/or affect in contemporary research of media, art, philosophy, politics and culture. It is the aim to qualify, explore and investigate the scope of the terms event and affect in different analytical fields. We assume that the renewed focus on event and affect is partly due to the impact of new (electronic and digital) media and the new forms of immediacy created by real-time control and transmission.
The conference will therefore investigate two key issues: 1) How can we describe event and affect on philosophical, artistic, political and cultural levels? 2) Has a new paradigm of the signal – related to the bypassing of representation in real-time transmissions – superseded the sign? What characterizes the signal?

By combining these questions the conference wants to initiate a broader discussion on a paradigmatic transformation from sign to signal in relation to the concepts of event and affect and their use and scope in art, politics and culture.

My paper is about networked events as political and social practices of criticism in grassroots communities. Title is: The Network Events. Networked art as a challenge for sociopolitical transformation. I will address some artistic and activist projects as an example of fertile zones of rewriting and experimentation of cultural and political codes. In particular, I will describe the Italian case of Anna Adamolo (2008-2009).

The Network Events
Networked art as a challenge for social transformation

by Tatiana Bazzichelli
In the artistic context of the past twenty years, networking art was referring to the ability of creating a map of connections in progress, and nets of relations among individuals. Since the 80s, platforms of networking have been an important tool for sharing knowledge and experience. Inspired by the early artistic practices and events of the Fluxus movement, the art of networking was based on the figure of the artist as networker: a creator of sharing platforms and of contexts for connecting and exchanging. It was not based on objects, nor solely on digital or analogical instruments, but on the relationships and processes in progress between individuals. Individuals who could in turn create other contexts of sharing.

The concept of Do-It-Yourself (self-production) was the starting point for the development of networked art, such as mail art, but also of punk culture and hacker ethic. The same Do It Yourself hands-on practice was used to describe subsequent phenomena of networking and hacktivism; from Neoism to Plagiarism, up until the 1990s, when the network dynamics were affirmed on a broader level through the use of computers and the Internet. The ‘hacktivist attitude’ referred to an acknowledgement of the net as a political space, with the possibility of decentralized, autonomous and grassroots participation. In these contexts of interaction and artistic experimentation, artists and activists worked in a critical space-in-between, a fluid territory in which to play with the structure of representation, hacking the codes of self-representation, and recombining them into something unpredictable.

In these free, active, experimental spaces, which anthropologist Victor Turner (1920-1983) dubbed liminal states, new cultural elements and new combined rules can be introduced. It is in these instances that technology is used with artistic, cultural and political goals, the joint action of different subjectivities which show how it is possible to create a first step in redefining powers and hierarchies, in terms of dismantling and opening social, cultural and artistic categories. In my talk I will present some artistic and activist projects in which the practice of creating “network events” might be seen as a challenge for cultural, political and social transformation. In particular, I will address the Italian case of Anna Adamolo.

← Research Seminar on the Disruptive Art of Business
Operation Bazzinkki – 26.06.10 →

One Comment on “Event, Signal, Affect. The ‘Signaletic’ Event in Art, Culture and Politics”