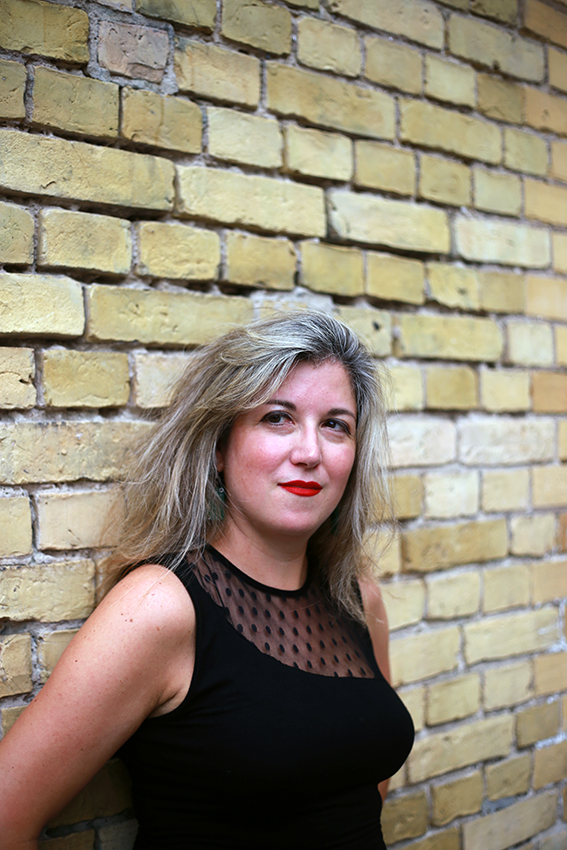 Tatiana Bazzichelli is a curator and researcher on information technology, network culture, hacktivism and whistleblowing. She is the artistic director and founder of Disruption Network Lab, a Berlin-based nonprofit organisation in Germany (Disruption Network Lab e. V.) that has since 2014 organised participatory, interdisciplinary, international events at the intersection of human rights and technology with the objective of strengthening freedom of speech.

In 2011-2014 she was programme curator of the transmediale festival in Berlin, where she developed the reSource transmedial culture berlin, the programme of transmediale that happened throughout the year in the city of Berlin, and worked as programme curator for the festival editions 2012-2014.
In 2012-14 she was Postdoc researcher at the Centre for Digital Cultures /Leuphana University of Lüneburg (DE), within the Art and Civic Media Cluster, developing the practice-based research project “transmedial culture”, as a collaboration between Leuphana University and transmediale festival.

She has been appointed jury member for the Hauptstadtkulturfonds (Capital Cultural Fund) by the German Federal Government and Berlin for the funding years 2019-2020.

In 2011 she received a Ph.D. in Information and Media Studies from Aarhus University (DK), researching disruptive art practices in social networking. Her dissertation. Networked Disruption: Rethinking Oppositions in Art, Hacktivism and the Business of Social Networking (DARC Press, 2013), contributed in setting the basis for the Aarhus University Research Idea “Disruptive Innovation in Digital Art/Activism and Business”, Participatory IT Research Centre, Aarhus University. In 2009 she was a Visiting Scholar at Stanford University (Human Sciences and Technologies Advance Research Institute, H-STAR) researching hacker culture and disruptive business in San Francisco and the Silicon Valley. She wrote the book Networking: The Net as Artwork (Costa & Nolan, 2006; DARC Press, 2008), and co-edited Disrupting Business: Art and Activism in Times of Financial Crisis (Autonomedia, 2013).

She has taught classes and given lectures about whistleblowing, hacktivism, art and digital culture in many institutions, including the Department of Cultural Practice at the Potsdam University of Applied Sciences (FHP) as Visiting Lecturer in 2016-2017.

Active in the Italian hacker scene since the ’90s, her networking project AHA:Activism-Hacking Artivism won the honorary mention for Digital Communities at Ars Electronica 2007. Awarded the 2014 “Italian of the Year” by the Italian Embassy, Italian Cultural Institute, and ComItEs of Berlin, she has been living in Berlin since 2003.