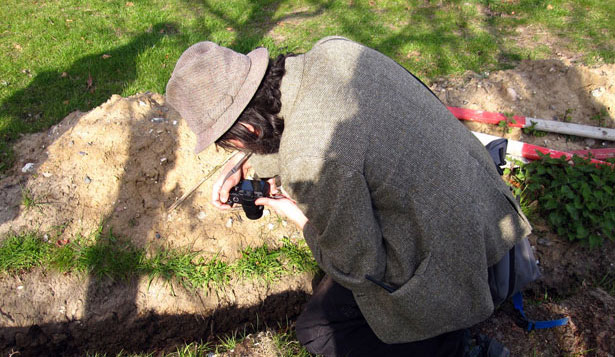 After the previous common experience in Peenemünde (Germany), and in Bergen (Norway), I met again Martin Howse and Gordan Savicic in Aarhus for the Interweaving Technologies Conference (April, 22, 2010), promoted by DARC and DUL, Aarhus.

In 2008 Martin Howse organized the Peenemünde_xxxxx Workshop in the historical location of Peenemünde (where the Luftwaffe tested the V2 rocket during World War II), and with Gordan and some other people, I was part of “an intense, conspiratorial two day long working group/workshop”, following the traces of Gravity’s Rainbow by Thomas Pynchon (1972). During that time I was working on the topic of pornographic coding (inspired by the paper of Stewart Home and Florian Cramer, 2005), which I also analyzed with Stewart Home and Paolo Cirio in the previous 24h-speculative-coding-workshop organized by Martin in Bergen at the Piksel Festival (November 2007), where we created a prank on MySpace.

I was involved in the Peenemünde xxxxx workshop reflecting on the subject of pornographic coding with Gaia Novati and Federico Bucalossi from Italy. What we realized during those intense days was a video, which we called Orgasmatic Implosion. Martin and Gordan worked instead on the EM practice, ‘a landscape and the exposure of its hidden (EM – electromagnetic) double’. It was a very fulfilling experience, which we presented some days after at Transmediale 2008 in Berlin, as part of the Salon’s program (read more here).

On April 22, Martin and Gordan came to Aarhus to run two workshops: Psychogeographics Aarhus by Martin Howse and Wi-Fi cracking workshop by Gordan Savicic as part of the Interweaving Conference. You can look at some photos here.

Martin introduced us the concept of psychogeophysics, which we already experimented in Peenemuende, but this time we made an intervention in the Aarhus landscape, walking around the site of the Interweaving Conference, searching for hidden signs and electromagnetic feedback. At the end we built a psychogeophysic map of the hidden waves, sounds and skin emotions we collected during our walk.

Gordan made us understand how the WEP/WPA wireless network encryptions work, and we managed to visualize the hidden networks surrounding the infosphere, analyzing network packets and the security risks of our wireless data. We worked with Linux/Ubuntu exploring what is beyond the user graphic interface, and getting to know better the hidden levels of networking.