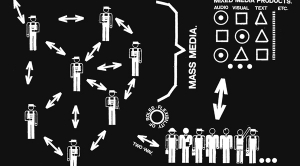 The reSource is an initiative of transmediale – festival for art and digital culture, Berlin in collaboration with CTM/DISK GbR and Kunstraum Kreuzberg/Bethanien, on the search for further partners during 2012.

## reSource – A new initiative of the transmediale festival

The reSource for transmedial culture is a new framework for transmediale festival related projects that happen throughout the year in the city of Berlin. It is an initiative that extends into ongoing activities with decisive touchdowns at each festival. Within the aegis of facilitating collaboration and the sharing of resources and knowledge between the transmediale festival in Berlin and the local and translocal scene engaged with art and digital culture, the objective of the reSource for transmedial culture is to act as a link between the cultural production of art festivals and collaborative networks in the field of art and technology, hacktivism and politics.

This statement of interest is directed mainly to local and international artists, cultural producers, hackers, activists, and gender-situated communities active in the city of Berlin and in the broader field of net culture regionally and internationally, to co-develop experiences which invite exploration, experimentation and reflection. By generating a set of questions and issues which are addressed to local and translocal communities within (and beyond) digital cultural production, the main idea is to develop mutual exchanges of methodologies and knowledge, as well as project-space experiences, investigating new ways of forming a cultural public and producing a meta reflection on strategies of collaborative actions.

The launch of the reSource will take place at transmediale 2012 through different project disseminations such as workshops, talks and performances. It will in itself be an important feature of the 25th anniversary of the transmediale, looking into the future while acknowledging the importance of the festival as an accessible and dynamic forum for the translocal art scene as well as for interdisciplinary cultural producers and researchers.

The reSource launch at transmediale is anticipated by a beta-reSource event on November 16-18, 2011 at the Berlin University of the Arts (UdK) organised in partnership with the Digital Aesthetics Research Center (DARC) of Aarhus University and the Vilém Flusser Archive. After transmediale 2012, the reSource will extend its activity in collaboration with two main partners: CTM/DISK, proposing a series of open events held in the spring 2012, and Kunstraum Kreuzberg/Bethanien, organising a public event in August 2012, which will show the results of the first phase of collaboration and sharing within the context of the reSource for transmedial culture.

This statement of interest is thought as a call for collaborations to involve a number of additional projects and partners towards the creation of a distributed platform during 2012 and further, envisioning the festival form as a peer-production context of knowledge and research.

If a source is the beginning, or origin of something, reSource is used in this context as a starting point from which a distributed sharing process, and a common executable (artistic) program, is produced. The aim of the reSource for transmedial culture is to be distributed in a form that extends into an ongoing, year-round activity with touchdowns at each festival. This form includes both its executable files, and its source code. Source codes are useful to modify a program or understand how it works. Taking this notion more broadly, in the framework of the reSource for transmedial culture, the objective becomes to develop a networking distributed platform and an (executable) meta reflection on the meaning and the practices of networked art, hacking and collaborative art production within the context of an international art festival.

Starting from the assumption that the increasing commercialisation of the contexts of sharing and networking is currently transforming the meaning of art and participation, what should be the answer of artists, activists and hackers working on a critical dimension of networking? And if hacker and artistic practices are developing in the context of a deep transformation of the meaning of participation, often reflecting a precarious cultural and economical configuration, what is the responsibility and the role of cultural institutions engaging with art and digital technologies, towards a critical articulation of culture production? In Berlin, hacker, activist and artistic practices are very much realised outside the realm of artistic institutions. Some of those practices are contributing to transform the economy and the cultural asset of the city, but they are also becoming easy targets to be exploited by the market. However, this is not only a local phenomenon: At this present time, while financial markets are deeply influencing the development of cultural production and, more generally, our daily life flexibility, direct participation and common engagement are becoming pervasive business logics. The progressive involvement of users in the production process generates new possibilities of interaction among peers, but also of hierarchical control.

Analysing the topology and the effects of artistic and hacktivist practices in decentralised social networks implies a reflection on power structures, business methodologies as well as on the relationship between art and economy. The social media and social networking phenomenon brings about contradictions and ambiguities. The subject of social networking is constantly transforming, and requires both a theoretical and empirical involvement of researchers and artists, theoreticians and practitioners before it can be fully understood. It becomes necessary to rethink concepts such as innovation and disruption, co-optation and opposition, as a mutual feedback loop, and a two-way disruption.

Within this framework, the reSource statement of interest poses the following objectives:
– To rethink the concepts of (social) networking, collaborative practices, innovation and participation, through the creation of a platform of distributed networks involving grassroots communities of hackers, artists, performers, activists, curators and cultural producers;
– To apply the concept of disruptive innovation to the art field so as to open up a critical perspective on the “network economy”, working in collaboration with local and translocal communities in Berlin and abroad, trying to understand how the market works after de-assembling its strategies and mechanisms of production;
– To generate disruptive modalities of art production after the emergence of social media, reflecting on distributive decentralised and socially engaged contexts of participation and innovation;
– To analyse the concept of transmedial culture, investigating creative approaches across digital and analogue media, reflecting on the intersections between cultural production, networking and disruptive art practices;
– To reflect on the strategies of networked art and hacktivism, by developing an empirical methodology based on mutual exchanges between the members of the (post-) media art scene, cultural producers and researchers in the field of the humanities.

The analyses of these subjects necessarily imply sharing methodologies whereby artists, hackers, activists and researchers join together to form practice-oriented contexts of reflection and give feedback to both theory and practice through an interdisciplinary, distributed and polyphonic approach. Artistic and hacker practices are thought therefore both as a resource for producing cultural innovation, but also as a strategic challenge to generate media criticism – and a meta reflection on artistic production in the framework of digital culture and network economy.

This statement of interest must be imagined as an initial input and a starting point for further collaboration on the analysis and the production of disruptive hacker and artistic practices in the framework of (social) networking, but also as an input to generate a collective investigation into the practice of networking as an art strategy – and an applied research method.