Getting Rough with Media: The ‘Right to Know’ Summit 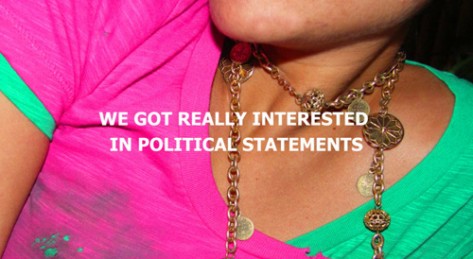 Focusing on the ‘Right to Know’ the Summit invites discussion on how digital media engulfing our daily lives are now accessible in not only new but perhaps previously unimagined ways. Such accessibility also creates new forms of openness and malleability blurring the lines between the hack, the hoax and the objective. The public focus of the Net as being a broad ranging arena of information exchange moderated by proxies such as ICANN and dominated by enterprises incl. Google, Facebook and Amazon is once again shifting. Two decades into our life within the World Wide Web, a much wider and more diverse group of users has emerged using the Net as a central arena of critical socio-political activity.

The currently unfolding ‘Arab Spring’, as well as the victory of the Pirate Party in Berlin’s State elections, fuels forces that have the ability to create new forms of information visibility and data malleability. These major popular movements have radically influenced all sides and players in the rapidly evolving and seemingly completely unpredictable shifts in social and political orders. The recent case of the ‘unmasked’ fraudulent (or simply naive prankster) U.S-based blogger who purported to be a Syrian Lesbian rights activist moving to the fore of that country’s current revolt underscores the precarious level of blind trust mass media and digital society at large nonetheless still places on the power of ‘sincerity’ in net-based communication. Hacktivism itself, once the poetic domain of seemingly invisible forces, is becoming mainstream. Is there a danger that the rough, highly unstable edges of digital media and network practice, including political hacktivism, open source protocol design (i.e. Thimbl, DIY tools and apps) and evolving movements such as Sharism, will be ‘corporatised’? Where do these forces converge, and where does the opportunity lie to entrench the idealism of the Net’s ability to be the essential guarantor of expressive freedom and mobility? By supporting and embracing the rough edges of the media, keeping these in flux and critical, we have the historical opportunity to firmly guarantee, as an entire society, the Net’s primary strengths and characteristics: that of a truly open, unregulated and free tool of communication.

14.15 – 14.45: Roughing up Copyright: The Right to Know and our Agreement to Share: Christopher Adams

14.45 – 15.45: Networked Disruption: A critique of oppositional practices in the business of social networking: Tatiana Bazzichelli