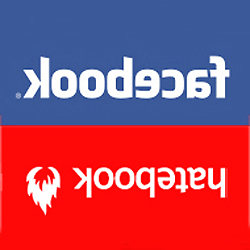 My post was sent on September 25 to Nettime mailing-list, following the thread Has Facebook superseded Nettime? started by Florian Cramer.

It was published on the Nettime digest the day after. My answer pointed out many of the topics I am researching right now, in particular some relevant connections between hacker culture, networking art and Web 2.0.

“For about two years, I’ve noted that a sizable part of the media artistic, -activist and -scholarly community that makes up Nettime has moved to Facebook, in the sense of being more active and networked there than here. At the same time, there seems to no public discussion of this fact, making Facebook an elephant in the room. I’m speculating that Facebook is seen as a friendlier environment – but nobody dares to mention it because, among others, it’s a corporate site built on blatant user data mining [see http://www.facebook.com/help.php?page=863] with scary surveillance and privacy implications. What is the solution? Is something like Facebook needed, but as a decentralized, non-data-minable, user-owned system?”

My answer is following below.

referring to the post sent by Florian Cramer some days ago, I think that the question why a lot of nettimers have moved to Facebook is an interesting and important one, which demands deeper investigation and reflection. Anyway, I don’t think it is appropriate to stage Facebook and Nettime on the same level, since the conversations you can have here have a completely different perspective and depth than the superficial chatting on Facebook.
The question is perhaps why people feel so comfortable on Facebook, and are using that platform more than the ‘traditional’ mailing-lists, even if in that way they are giving away their private information to a corporation, and they are helping this corporation to create its revenue.
A simple answer could be that today people are looking for a more ‘personal’ relationship when they network with other people: somehow using a mailing-list creates an intellectual barrier, and you don’t see the persons behind the texts. That was once a very important privacy issue, instead it seems that today people want not only to access your mind, but your personal life (just with one click you can see what that person is doing, her/his photos, which are his/her friends and so on). So each person becomes a node of private information, which I believe is more interesting to some people – and more ego-fulfilling.
As a lot of companies of the Web 2.0 era, i.e. Google or Facebook, presents themself as a good giants – do you remember the slogan: Don’t be Evil!, made at the beginning by Google? The services are simple to use, are presented as open, and have great technical infrastructures behind them which allows fast uploads of videos, pictures, etc.

But how can we reflect tactically on that?

I have been reflecting on the issue of social networking vs. activism and open knowledge since last year – my research is still going on – and I believe that the strategy is once again to be conscious of what you are using, and which the ‘bugs’ of the system are, that you can turn into your own advantage.
I don’t think the solution is just to refuse something because it’s proprietary. Considering that Facebook, MySpace, Twitter, Flickr, etc, are attracting a lot of users – and not only the ones with a critical background – I think it is a good strategy to try to use them to access many more people than a mailing-list allowed you to do in the past. The question is perhaps: what to communicate on these platforms?
I am researching disruptive practices in the social networks, which try to give a critical response to the relationship between activism and the digital economy. I think it is still possible to speak about social hacks and cultural Trojan Horses, even if you are using proprietary platforms, and create the unpredictable where it is not supposed to be.

Some people in Italy have tried to move in that direction with the project of Anna Adamolo. As a reference I could give you a paper I wrote for the Oekonux Conference last March, where I connect experiences of Luther Blissett, the Neoist Web Conspiracy and other pranks made by multiple identities with some interventions in the Web 2.0 (i.e. the Anna Adamolo one).
You can read it here (in particular, have a look at the last pharagraph, ‘From Networking to Hacktivism: The Experience of Anna Adamolo’):
http://www.oekonux.org/list-en/archive/msg05812.html

We also organized an event in Italy within the AHA project, where we discussed, among other topics, the social and artistic critique of Web 2.0.
I wrote a report on it, which I also sent to Nettime some time ago:

A Reflection on the Activist Strategies in the Web 2.0 Era
http://www.mail-archive.com/nettime-l@kein.org/msg01305.html

Trebor Scholz (IDC mailing-list) is organizing a very good conference in November at the New School University, NYC: The Internet as Playground and Factory: http://digitallabor.org/
Topics will be the intersections between ‘labor’ and the new forms of digital sociality, considering that all of us who are writing content in the social networks, are actually indirectly working for the corporations who own them. I am looking forward to going there, because I am sure many of these question marks will be touched upon.

At the same time, projects like Telekommunisten (http://www.telekommunisten.net/) are trying to use social networks as a tool for critically spreading their venture communist services, and people like Saul Albert and Michael Weinkove, of ‘The People Speak’ (http://theps.net) are trying to create physical social networks as an alternative form of business. This could be another way of seeing the matter.

Time ago I was speaking about the relationship between social networking and ‘traditional’ networking, like mail art, with the mail artist Vittore Baroni. An interview came out of it, which might be useful to reflect on the meaning of networking over the last 30 years:
From Mail Art to Web 2.0: http://www.digicult.it/digimag/article.asp?id=1423

I don’t know what the solution is…but I think there is still space for critical reflection.