Digital Utopias was a one-day conference which inspired and sparked debate about how new technologies are enabling creativity across the arts (Hull, UK, 20 January 2015).
In this session, the panel unpick alternative models of “innovation” through examining production models and their cultural value. Interdisciplinary artistic practice can create new platforms, resources and art forms, but what are the benefits to artistic practice and how can cultural appropriation be avoided?

This debate was recorded at Digital Utopias at Hull Truck Theatre: an Arts Council event curated by Abandon Normal Devices as a trailblazer event for Hull City of Culture 2017, bringing together a range of Arts Council partners including The Space, AHRC and The British Council as well as artists and cultural practitioners from across the UK and beyond. Find out more and see more from Digital Utopias at: artscouncil.org.uk/digitalutopias 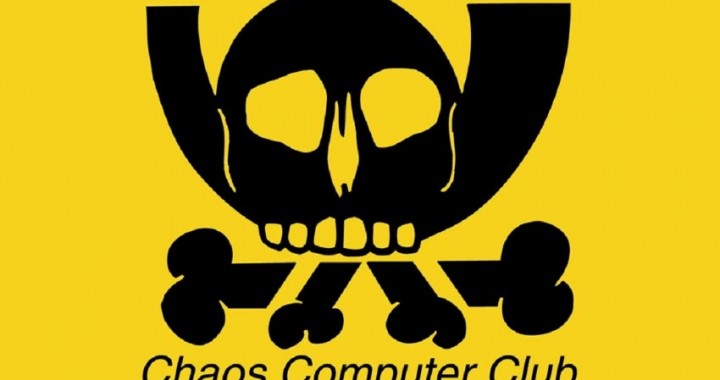 The schedule of the upcoming 31C3 Chaos Communication Congress (December 27-30, CCH Congress Centre, Hamburg), seems to prove whistleblower Daniel Ellsberg right when he said: “Courage is contagious”. The internationally well-known yearly conference and hacker party running since 1984, is organised by the Chaos Computer Club (CCC), who calls themselves “one of the longest established and most influential civil society organisations dealing with the security and privacy aspects of technology in the German-speaking world” (www.ccc.de).

Since its beginning in 1981, the CCC has actively worked to promote freedom of information and communication, struggled for greater transparency in governments and supported the principles of the hacker ethic, such as free access to technology and computers for everybody. Wau Holland, one of the CCC co-founders who passed away in 2001, described the 1981 meeting of various people in the rooms of Die Tageszeitung (taz) newspaper, which for many is considered crucial for the foundation of the CCC in an interview:

END_OF_DOCUMENT_TOKEN_TO_BE_REPLACED 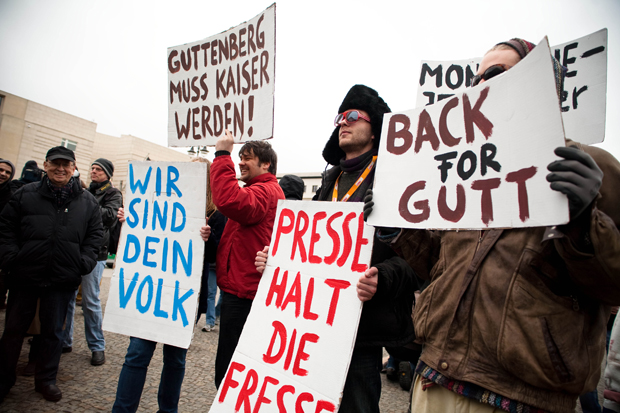 An intervention by Hedonist International – Photo by Fiona Krakenbürge

Don’t fight the system – disrupt it! Meet the subversive, satirical, risk-taking Berliners trying to effect change from within.

Last month ExBerliner, the Berlin magazine in English since 2002, published online my article “The Disruptors“, after it was on paper in the September issue dedicated to whistle-blower Edward Snowden and the connected scene of hackers, activists and critical thinkers in Berlin.

Here is the full version: http://www.exberliner.com/features/lifestyle/the-disruptors/

What Drives Us? A Forum on Festival Sustainability

Next week I am going to Montréal (Canada) to take part in the HTMlles Festival, and to introduce the Conference What Drives Us? A Forum on Festival Sustainability. My presentation will focus on the modalities of networking as a curatorial method, having as main example the experience of the reSource transmedial culture berlin, reflecting on the pro and contra of applying a network methodology to connect a festival more directly with local actors, introducing an element of unpredictability and uncertainty into a consolidated festival structure. At the event there will be festival and event producers and organizers to discuss a matter that is really crucial for many  that work independently or inside curatorial projects/institutions. 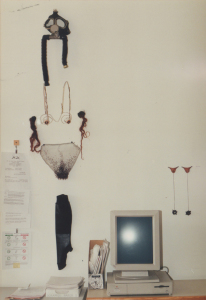 In looking to the future through ZÉR0 FUTUR{E}, The HTMlles bring together festival organizers to think about sustainability. The gathering, taking place over two days, is composed of a roundtable discussion open to the public on the first day, and smaller group sessions and a plenary on specific questions proposed by the participants on the second day. While the focus is on (media) art festivals, the gathering is open to any festival organizer. CQAM’s Labàlab wiki will be used by participants to plan and document the discussions. Free and open to all, but please register at: rsvp@htmlles.net

With the occasion of my participation at the HTMlles Festival in Montréal, in the context of the conference on Festival Sustainability (see here), I will be in town for one week and give some lectures on November 12, and 13, 2014.

Connecting Grassroots Communities in Italy and Beyond: THE ART OF NETWORKING by Tatiana Bazzichelli

In this talk I will analyse and present techniques of networking developed in the expanded, pervasive and collective networks in the last half of the twentieth century in Italy and beyond, which have anticipated the structure and inspired the rhetoric of many of the contemporary commercialised social networking platforms. The main focus are the diverse use of art and technology among grassroots communities of artists, hackers and activists.

I will describe the concept of Business Disruption as an art practice which draws upon my book Networked Disruption: Rethinking Oppositions in Art, Hacktivism and the Business of Social Networking (download here), DARC Press, Aarhus University, 2013. The aim is to analyse hacker and artistic practices through business instead of in opposition to it. The analysis poses the following question: Is it possible to respond critically to business without either being co-opted by it or refusing it? Is criticism only possible through opposition?

Beyond the Interface – Disrupting the Market 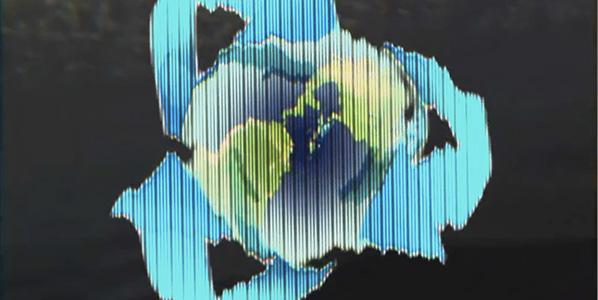 This panel looks at alternative approaches to understanding creative digital industries, marketing and power, and focuses on the boundary between cultural and financial, governmental and political economies. The speakers will examine a range of tactical strategies and disruptive approaches as part of an evaluation of the economic hierarchies in contemporary society and creative production. This discourse will present recent examples that critique traditional approaches to participation within market driven systems, with a particular focus on networked culture, mixed realities, social media, ubiquitous computing, and mass surveillance.
More info

Spatialities of Co-Creation, Collaboration and Peer Production in the Digital Age: Creative Networks 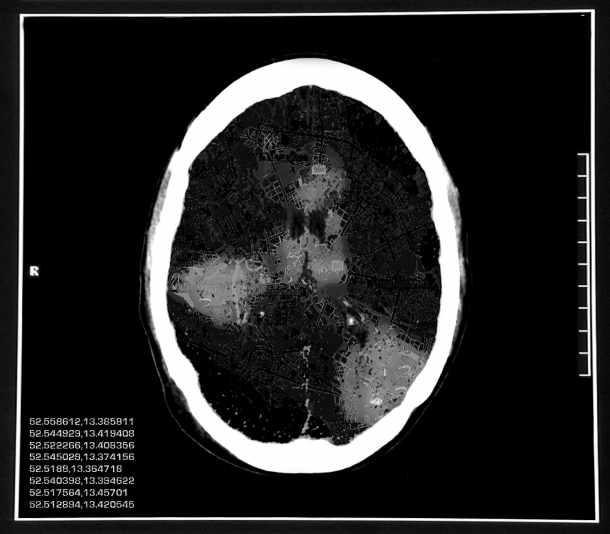 On Wednesday 27 August 2014, I will give a presentation about my curatorial methodology based on the concept of networking digital communities, describing the experience of the reSource transmedial culture berlin in the context of the Royal Geography Society Annual Conference 2014, at the Imperial College London. The workshop, with the title “Spatialities of Co-Creation, Collaboration and Peer Production in the Digital Age: Creative Networks”, is organised by Penny Travlou (University of Edinburgh), Ruth Catlow and Marc Garrett (Furtherfield).

Session abstract
This session looks at novel models of creativity in reference to collaborative practices, co-creation and peer production focusing on their spatiality within a transglobal and digitally-fused environment. Within this context, creativity is understood as a synergy of spaces, practices and artifacts, interlinked in such a manner that their singularity(-ies) form an assemblage. We can consider creativity, and subsequent knowledge formation, as forms of social interaction rather than the outcomes of social activities. Whilst we commonly perceive creativity as the product of the individual artist, or creative ensemble, from this perspective creativity can also be considered an emergent phenomenon of communities, driving change and facilitating individual or ensemble creativity. Creativity can be a performative activity released when engaged through and by a community. Creativity, thus, can be also regarded as an emergent property of relations, of communities. As James Leach (2004), the British anthropologist, suggests creativity can be proposed as a collective becoming where the creation of new things, and the ritualized forms of exchange enacted around them, function to “create” individuals and bind them in social groups, thus “creating” the community they inhabit and generate new places in the landscape.

Following this theoretical framework, this session looks at the spatiality of novel forms of creativity presenting examples of creative landscapes. The selected papers focus and reflect on one of the following issues:

END_OF_DOCUMENT_TOKEN_TO_BE_REPLACED

Art in the Age of Crowd Sourced Production

On June 25th at 7pm I am moderating the event: Art in the Age of Crowd “Sourced” and “Funded” Production, a presentation by Stephanie Rothenberg, at Supermarkt, Brunnenstrasse 64, 13355 Berlin 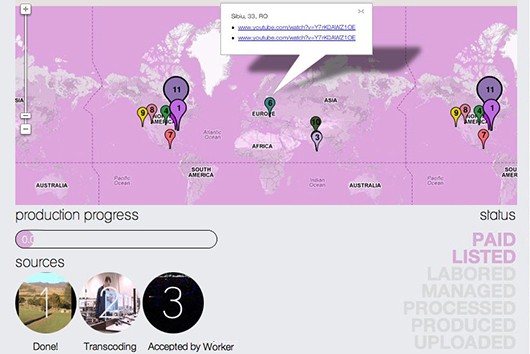 Crowd-sourcing – a portmanteau of crowd and outsourcing – has become an increasingly popular online format for getting just about anything done in a short amount of time. What is the role of crowd-sourcing and its newer sidekick, crowd-funding, in contemporary forms of production? How are these participatory platforms impacting the cultural sphere and broader global environments?

Stephanie Rothenberg, an artist based in Buffalo, NY, will present a series of projects created individually and in collaboration that explore the cultural and economic dimensions of various modes of crowd-sourcing and crowd-funding participation. She’ll begin by selling you a pair of designer jeans manufactured in a virtual sweatshop. This will most likely be followed by a public inquiry about your sexual fantasies using an adult entertainment website that will outsource these personal secrets to an anonymous global workforce.  And to keep that warm fuzzy feeling, you can make a charitable online donation to her “telematic” garden and watch your financial data be exchanged from the developed to the developing world. Whether online or offline, these mixed-reality situations call into question the outsourcing of labour, desire and empathy in a socially mediated world.

Programme: 1 hour presentation followed by 30min Q&A and discussion. This presentation is introduced and moderated by Tatiana Bazzichelli, independent curator and researcher on hacktivism and network culture.
Read more here