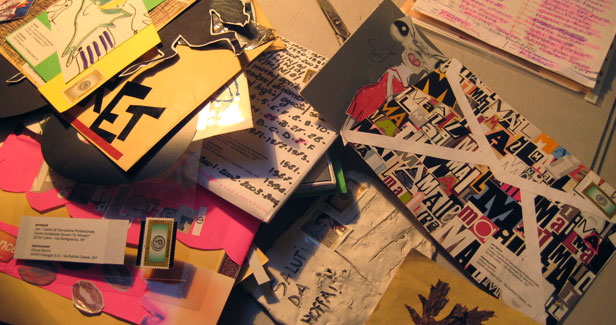 Networkingart is the result and the evolution of an investigation in the field of hacktivism, networking and digital culture started in 1996 by Tatiana Bazzichelli, a.k.a. T_Bazz.

Connecting hacker culture, experimental art and activism, Networkingart focuses on the activity of communities or individuals who create, act and write, exploring the unpredictable, the disruptive practice, the cultural “Trojan Horses” – or better, social hacks – as a strategy for art. At the same time, it wants to reflect on the intersection between art and digital economy, focusing on the unpredictable as a business model, and a way to appropriate and creatively transform media and technology.

The art of networking embraces diverse practices and diverse media and technologies. And, most of all, diverse people. This blog is dedicated to them: to all the artists, hackers, free thinkers and open minds who the author had occasion to meet in the course of her investigation and those who will come next. It relates directly to the book “Networking. The Net as Artwork” (Tatiana Bazzichelli, 2006; Eng. 2009), which describes the evolution of the Italian hacktivism and underground culture from the 1980s till today and which was an opportunity to share ideas, projects and strategies with hackers and activists from Italy and Europe.

Networkingart starts in San Francisco, during a Visiting Scholarship of four months at Stanford University, in the context of a research about social networking, web 2.0 and art developed at Aarhus University, in Denmark. Land of pranksters, artists and free thinkers, California is also land of exploration of new social and technological frontiers. This blog will evolve creating further connections and networks, both in the physical and in the “virtual” world.

N.B. The image above comes from a visit to the studio of mail artist Vittore Baroni, whose art of networking was – and still is – a fundamental source of inspiration.