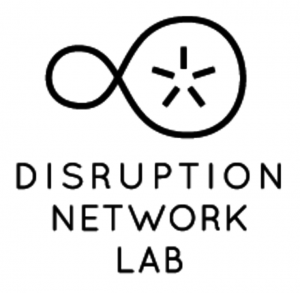 Disruption Network Lab is an ongoing platform of events and research focused on the intersection of politics, technology and society. Founded by Tatiana Bazzichelli, it is a Berlin-based nonprofit organisation in Germany (Disruption Network Lab e. V.) that has since 2014 organised participatory, interdisciplinary, international events at the intersection of human rights and technology with the objective of strengthening freedom of speech, and exposing the misconduct and wrongdoing of the powerful. The goal of the Disruption Network Lab is to present and generate new possible routes of social and political action within the framework of digital culture and information technology, shedding light on interventions that provoke political and social change. The Disruption Network Lab takes shape through a series of international conferences at Studio 1, Kunstquartier Bethanien in Berlin, and at other venues in the world. www.disruptionlab.org

Networked Disruption is an exhibition and a series of events curated by Tatiana Bazzichelli and hosted by Škuc Gallery in Ljubljana and the Museum of Modern and Contemporary Art in Rijeka (produced by Aksioma and Drugo more in collaboration with several partners). This exhibition is centered on the concept of “Networked Disruption”, as an opportunity to show new possible routes of social and political action in the line of disruption. This exhibition focuses on the mutual interferences between business and disruption, by shedding light simultaneously on heterogeneous practices of hackers, artists, networkers, whistleblowers, activists and entrepreneurs who engage deeply with network activity. aksioma.org/networked.disruption 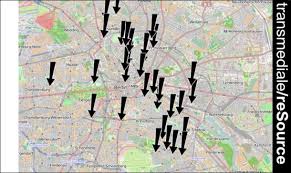 From September 2011 to March 2014 Tatiana Bazzichelli curated and developed the transmediale festival yearly programme: reSource transmedial culture berlin (or transmediale reSource). The programme gave shape to a series of events and network initiatives thorough the year before and after the festival. The reSource aimed to create a trans-genre project of networking, curating and research by envisioning transmediale festival as a peer-production context of sharing knowledge and practices in the field of art and technology, hacktivism and politics. For three years, this series conceptualised and generated an innovative framework for transmediale’s all-year programme activities. It worked in cooperation with CTM/DISK, Kunstraum Kreuzberg/Bethanien and the Post-Media Lab of the Leuphana University of Lueneburg, as well as involved a wide number of independent project spaces, artists, and curators in the city of Berlin. Former website: www.transmediale.de/resource
Read more here.

A networking project started in 2001 in Rome by Tatiana Bazzichelli a.k.a. T_Bazz to promote art, hacking and activism related to the Italian underground scene and the international net culture. AHA has contributed to the creation of a vast network of relations and practices through exhibitions, conferences, workshops and international meetings. In 2007, the AHA project won the Honorary Mention for “Digital Communities” at the Ars Electronica Festival, Linz, Austria.  www.ecn.org/aha

The mailing list aha@lists.ecn.org is a node of the AHA project, hosted by the historical underground Italian network Ecn.org. It is a collective networking platform to share information and practices of activism, hacking and artivism. Active since December 2002, the mailing-list counts to date around 800 subscribers. Since 2008, the AHA community has been organising national AHA events, in Turin/Share Festival (March 2008), in Venice/AHACamping, (S.A.L.E., October 2008), in Milan/AHAcktitude (Cantiere, November 2009), in Pisa (January 2011), and at the Fine Art Academy of Carrara (April 2011). Mailing list: www.ecn.org/mailman/listinfo/aha. 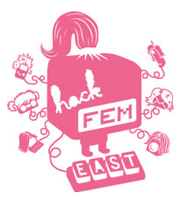 HACK.Fem.EAST was an exhibition and event about experimental and artistic practices of women artists and activists working in digital networks in Eastern Europe. Main topics were media, art and hacking. Central idea was to involve women artists to develop independently their concept in the exhibition venue while developing the network formed by all the artists/activists participating in the project. The exhibition was curated by Tatiana Bazzichelli and Gaia Novati at Kunstraum Kreuzberg/ Bethanien, Berlin (10 May-22 June 2008). Supported by: Hauptstadtkulturfonds Berlin.
www.hackfemeast.org

Sousveillance. The Art of Inverse Surveillance

A conference on the topic of surveillance, privacy and control of information, analysing artistic and political strategies to produce tactical zones of interventions, both in the urban space and on the net. Organised at the Department of Information and Media Studies, Aarhus University and in the city of Aarhus in Denmark (8-9 February 2009) by Tatiana Bazzichelli and Lars Bo Løfgreen. Promoted by DUL – Digital Urban Living and DARC, Digital Aesthetics Research Centre of Aarhus University. www.digitalurbanliving.dk/sousveillance

Hack.it.art – Hacktivism in the Context of Art and Media in Italy

Hack.it.art was an exhibition and event about hacktivism in Italy. The exhibition showed a widespread phenomenon of networking and presented to the German public the multitude of Italian hacking and net activism, from January 15th to February 27th, 2005, at Kunstraum Kreuzberg/Bethanien, Berlin, Germany. It included three conferences and workshops on hacktivism, Telestreets and Cyberfeminism. Supported by the Italian Cultural Institute of Berlin, the Bundeszentrale fuer politische Bildung, and in partnership with transmediale festival and club transmediale. Curated by Tatiana Bazzichelli and Alexandra Weltz.
http://www.ecn.org/aha/English/hackit_art.htm

HACK MIT! event at MACHmit! Museum fuer Kinder was an exhibition and event about art and media practices, with a particular focus on the concept of hacking. Idea was to bring children close to technologies (computers, videos, films), and make them experience their application into the art field, from the Avant-gardes (i.e. Surrealism, Dadaism, Futurism, Fluxus, Mail Art) to the present. From 1 May to 26 August 2007, MACHmit Museum fuer Kinder, Berlin. Curated by Tatiana Bazzichelli. Supported by: Hauptstadtkulturfonds Berlin.
Hackmit! website

The event Media Democracy and Telestreet, took place in Munich at the Muffathalle, providing an insight into the free and independent TV networks in Italy, as an alternative to media monopoly. The event reflected on the role of communication and media in Italy and explored the means of artistic activism, involving various members of the Italian Telestreet and hacktivism networks. Curated by Tatiana Bazzichelli and Alexandra Weltz. Supported by: Bundeszentrale fuer politische Bildung/BpB, 14-16 July, 2004.
http://www.ecn.org/aha/English/telestreets.htm

Other projects by Tatiana Bazzichelli