On June 17, I have been invited at the 11th NECS Graduate Workshop for a Keynote Speech, at the Cattolica University of Milan, Italy.

The contemporary city represents a new context of experimentation in terms of languages of communication, aesthetics and media consumption. The most immediate result is a new sense of place, fed and inspired by a massive presence of screen media. Sentient city and Screencity are just some of the most recent formulations attempting to tackle the emerging trends taking place in the contemporary urban environment. Intercepting the research of media studies, (media) architecture, (post-)cinema studies, aesthetics, semiotics of space and philosophy, the workshop invites to focus on the multifaceted perspectives on the contemporary city. Moving images are presented quite ubiquitously by means of diverse devices, such as media-façades, media-buildings, mobile screen media, smartphones, etc. In this sense, the city is to be intended both as a text itself and as the place of the embodied experience. This highlights on the one hand the need of critical understanding of contemporary culture and politics as saturated by media technologies; on the other hand, the crucial role of the individual in his/her phenomenological dimension is underscored. Read more here.

Berlin is a city that changes constantly, and constantly remains the same. As the fictional city of Eutropia described by Italo Calvino in the Invisible Cities (1972), it can be considered as a multiple city that is ‘not one city but many, of equal size and not unlike one another.’ For many, Berlin is the city of flows, of the precariousness and the temporary. In her keynote presentation, Tatiana Bazzichelli will describe her activity as networker, curator and researcher during the past ten years in the city of Berlin. In her recent experiences as Postdoc Researcher at the Centre for Digital Culture, Leuphana University of Lüneburg, and as curator at transmediale festival, she worked by converging interdisciplinary fluxes—artistic, mediatic, political, economical, bodily. By running the reSource transmedial culture berlin (the initiative of transmediale that happens throughout the year in the city of Berlin: www.transmediale.de/resource), she has brought artists, cultural producers and activists into a dialogue crossing different practices and languages: from radio stations to exhibition spaces, from music venues to queer parties, from independent cinema projects to open source cultural spaces. By reflecting on the glocal character of a city of flows, this presentation focuses on the modalities of networking as a ‘montage method,’ interlinking hybrid disciplines, spaces, media and practices—applying an intermedia perspective, as previously artists and cultural producers from the Fluxus tradition have done.

The 11th NECS Graduates Workshop is organized with the support of ScreencityLab. 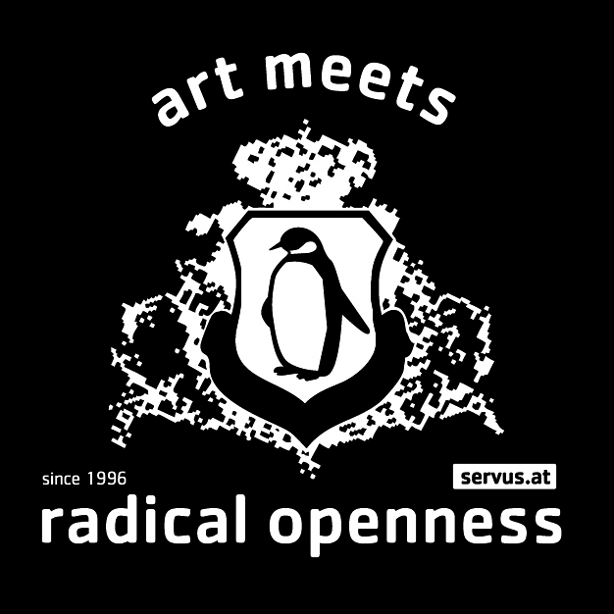 I am curating a Disrupting Business Conference Track at the Art Meets Radical Openness Festival in Linz, Austria (28 May – 1 June, 2014). I am giving a presentation on Saturday May 31, 19:00-19:40: Disrupting Business: Towards a Critique of Art & Activism and moderating the panel: Openness and Liberty as Business Disruption with Marc Garrett /Furtherfield, Karlessi /Ippolita collective and Nathaniel Tkacz /Moneylab, on the same day, 20:30 – 22:30.

The festival, under the theme “Autonomy (im)possible?”, is dedicated to art, hacktivism and open culture. Read more on my Disruptiv.biz blog.

The Art of Disrupting Business @ re:publica14

Short thesis:
Tatiana Bazzichelli describes the concept of “disruptive business” as an art practice, Her analysis becomes an opportunity to imagine new possible routes of social and political action. Distributed, autonomous and decentralised networking practices of disruption become a means for rethinking oppositional hacktivist and artistic strategies within the framework of art and business.


Description:
The objective of this talk is to rethink the meaning of critical and oppositional practices in art, hacktivism and the business of social networking. The aim is to analyze hacker and artistic practices through business instead of in opposition to it. Shedding light on the mutual interferences between networking participation and disruptive business innovation, this talk explores the current transformation in political and technological criticism. The analysis poses the following question: Is it possible to respond critically to business without either being co-opted by it or refusing it? Is criticism only possible through opposition? Bazzichelli’s hypothesis is that mutual interferences between art, hacktivism and the business of social networking have changed the meaning and contexts of political and technological criticism.

Hackers and artists have been active agents in business innovation, while at the same time also undermining business. Artists and hackers use disruptive techniques of networking within the framework of social media, opening up a critical perspective towards business to generate unpredictable feedback and unexpected reactions; business enterprises apply disruption as a form of innovation to create new markets and network values, which are often just as unpredictable.Bazzichelli proposes the concept of the art of disrupting business as a form of artistic intervention within the business field of Web 2.0. The notion of disruptive business becomes a means for describing immanent practices of hackers, artists, networkers and entrepreneurs, which are analysed through specific case studies.

On April 6th, I am involved in the event: KOMPLIZEN: Workshops & Public Talk, taking part in the Movements Without Political Representatives workshop group. 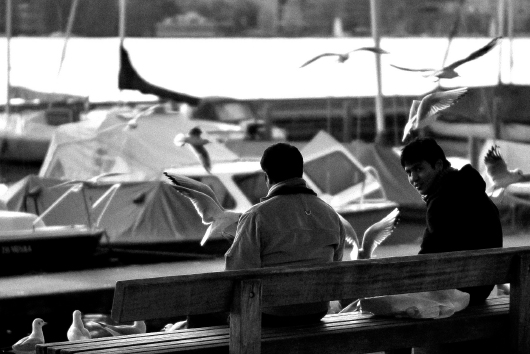 What should we do together? In this post-Snowden world…

Since the Snowden disclosures, the protagonists of the digital revolution are preparing for a new era of collaboration: hackers and journalists, pirates and capitalists, amateurs and professionals. Yet the common goals are still rife with conflict; there is still a lack of common values and universal practices. Nonetheless, or possibly exactly for that reason, we have become accomplices (in German: Komplizen). What greater problems could be addressed if the supposed opponents put aside their quarrels and work together? How could having a look through someone else’s glasses provide new approaches to finding solutions?

The all-day event KOMPLIZEN offers video poker strategy workshops (10 am – 4 pm), which bring together hackers and journalists, pirates and capitalists, amateurs and professionals in an attempt to find answers to the question: What should we do together? At the end of the day, a panel (from 5 – 6 pm) offers room for a public debate.

END_OF_DOCUMENT_TOKEN_TO_BE_REPLACED

In a Keynote panel on January 30th, 2014, which I organised at transmediale festival “afterglow”, film director Laura Poitras, independent security analyst Jacob Appelbaum and artist and geographer Trevor Paglen reflected on upcoming frontiers of action and awareness for hackers, activists and artists in the present context of geopolitical surveillance and control.

The conversation aimed to trace a possible path towards investigating the deconstruction of power structures through experiencing them from within, critically reflecting on the role of art and activism today in the context of the post-9/11 politics and society. Crossing various practices and disciplines, from film documentary, computer security, hacking, experimental geography, photography, this talk revealed the role of art as evidence, as a practice of making people regain and reclaim their autonomy, have agency and live consciously in a networked world. Reconnecting with the courageous practice of whistleblowing and ethical resistance, Appelbaum, Paglen and Poitras highlighted contradictions between public visibility and individual privacy, information disclosure and data protection in the digital and physical info-sphere.

Below is my introduction text for the panel, and the videos of the speakers’ contributions.

END_OF_DOCUMENT_TOKEN_TO_BE_REPLACED

Whistle-blowing, Cypherpunk and Journalism in the Networked 5th Estate

Whistle-blowing is the new civil disobedience of our time. Bruce Schneier

The recent disclosures made by whistle-blower Edward J. Snowden encompass some of the most severe threats to Human Rights and to democracy in the modern age. We are experiencing a “chill” in the fields of investigative reporting while witnessing an unholy alliance between government agencies, Internet service providers and the media, that have caused a rupture of confidence in the security industry as well as in our civic institutions. The Snowden affair has also shed light on how journalism is being perceived in our time and how information contained piggyslots.com/feature/5-reels in the leaks is being handled by the media outlets of the 4th Estate, which have traditionally served as the “gatekeepers” for public accountability.

This panel seeks to illustrate how the virtue ethics of cypherpunk, whistle-blowing and investigative journalism are evolving into a hybrid form of civic resistance against the predations of the State. It will discuss the ascendancy of an information commons, a so-called 5th Estate, as a network of networks, that can serve to complement, if not surpass the 4th Estate and how it can serve to effectuate political change.

Under the Skin: Revealing Invisible Data

This panel investigates the invisible data underneath biological science, scientific laboratory research and our body. Focusing the discussion on biohacking as an experience of “disclosure” of data and practices that belong to a branch still inaccessible for many, Salvatore Iaconesi, Rüdiger Trojok and Pinar Yoldas share their interdisciplinary researches. Activist and computer engineer Salvatore Iaconesi presents his “open source cure”, based on his personal experience of data disclosure after being diagnosed with brain cancer, advocating the right of accessing openly medical records; molecular biologist Rüdiger Trojok presents his work among the community platform hackteria, based on the collaboration of scientists, hackers and artists to work with life science technologies and cooperate on the organisation of temporary labs, hack-sprints and meetings; Artist Pinar Yoldas, selected artist in the Vilélm Flusser Residency Programme, presents her research to create a post-human ecosystem, a living community of speculative organisms and their environment.

Strategies of Survival After Uprising

During the Arab revolts in Tunisia, Egypt, and Libya, access to the Internet and mobile phone networks was restricted to limit peer networking and self-organization. In Syria Internet censorship is extensive, and websites are banned and network traffic is shut off when the government is under pressure. In the recent uprising in Turkey, many of the protesters complained about the lack of coverage on Turkish television and as a result of this, social media played a key role in keeping people informed. The use of Internet and social media for self-organization during uprisings has been often discussed, but are such tools the best solution to coordinate interventions? Are they empowering, or are they instead causing major exposure if not used consciously? This panel analyses the role of networking and activism during uprisings in the Middle East, and reflects on the countermeasures adopted against the so-called ‘cyber crime’ during times of conflict. Furthermore, it aims to generate a discussion over the creation of permanent and alternative (social) media outlets.